The British hot tea that has rule my heart because his just talent just blew me away. His sense of humour always makes me LOL. His gentlemanly manner & golden humble heart just make my heart so full of admiration & love back for him. My british god by the name Thomas Hiddleston. 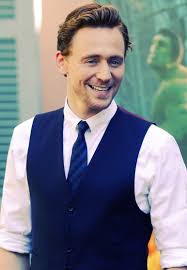 Albert Einstein asked,
"The question that sometimes drives me hazy: am I or the others crazy?"

* This is a semi-friends locked frieds only livejournal.  As of now, i'm all out, supporting only KT-TUN & MNOS. So if you have problems with that, better leave now. And 95% of my entries are flailing on Sho [or ARASHI] & Kamenashi [or KAT-TUN]. The rest most likely be on Supernatural, Criminal Minds, or any other JE groups, western tv series, or any other random topics that I feel like flailing about. Nothing really interesting.
* Please, DO NOT random adding me.

I... actually forgot how to post in LJ... *facepalm* have to find my cheat sheet on how to cut a page etc, bust since i cant be bothered right now, bare with me yeah? *gotbricked* :DDD First thing first, before this wonderful month is over... HAPPY BIRTHDAY to all the October people!

r1on I wont say its a belated HBD since I'm on time @ plurk but yeah...to make it "LJ official" LOL Second thing, I made some clean up since I noticed only a handful of people still using their LJ in regular manner. So I decided to keep the LJ for comm mostly and still keeping the few people I know who still write regularly or not friends with me in either twitter/plurk.

Thirdly, I'm very VERY lazy to keep up or flailing with my beloved JE fandoms these last few months, very sorry to friends who expected me to keep going on like that. I'm not falling out of love with them, as I've been labeled as such by some, I find it that I just like it better when I keep it minimum. More peaceful and not hating my love for arashi and kat-tun by the end of the day. I still watch their stuff whenever I can, and now with both Sho and Kame has a dorama... well...

I'm back and getting deeper buried in my original fandom, namely Harry Potter and the western tv series. Nope, its not the end for us potterhead, if possible, I'm getting madder now I've become a daily avid reblogger on tumblr (hahahaha *facepalm*) and with Pottermore just started. Who knows that I'm a Ravenclaw material! I think its the quirky bits that get me in, not the smart part though I'm a bookworm LOL coz for the life of me I cant solve the daily riddles! Imagine if i'm a true witch and in Hogwarts, I probably have to wait until a fellow Raven getting in & out the common room to be able to get in as well. I'm loving the house now, though every now & again I still wish they sorted me into Slytherin. I wanna be Draco's little sex slave dammit! (hahahahahahaha *dodging rotten tomatoes*)

Today, I'm kinda upset that Criminal Minds already going on mini hiatus until November 2nd. Can only suspect that Supernatural will be too. There's sooo many new series this year! Though I gotta say I'm already losing interest in Ringer, The Secret Circle, Fades... Liking The Body Farm & Hart of Dixie though, and expecting Grimm to be good as well. So far the pilot episode didnt disappoint me :)

Ed Sheeran. British. SInger. Wicked! Gotta find his new album soon!!! Heard about him from reading tweets by Tom F (Draco Malfoy) and Bertie (Scorpious Malfoy). Find it kinda LOL that this "father & son" share the same taste in music. And then... BANG! Ron Weasley aka Rupert was the model for Ed Sheeran newest music video! Yeah, its coz they both 'ginger' I think, and Rups played an over obsessive fan :) Though somehow its thanx to Tom F that Rups was in it, or so thats how Ed tweeted about it :P Love the video and I'm falling in love with Ed's music!

Must be a few months ago when I read the tweet from BBC Entertainment about Robbie Williams back with Take That and their already working on an album together. One of my oldest boyband fandom world is screaming with such joy

I still remember when I was watching the late night news and in it was Take That's press conference of Robbie leaving the band. I was so shock that I called my niece (in another city) right away, and it was almost midnight and no cell phone yet :P

But now, not only Take That back being the fab five [told you FIVE is a great number for a boyband *winkwink*], but Robbie & Gary (the "arch enemy" who said to be the main reason why robbie left) had a single out together! The lyrics said it all I guess. But I just love seeing Robbie back with Take That, and Gary, he looks like he was then. The cheeky guy that I came to love then hate then admired LOL

If u dont know Take That's history, maybe this will help just a lil bit :) http://www.youtube.com/watch?v=60g5_MG0MIU&feature=related

And when was it, last month? Quite a late tweet (for my time) which shocked the heck outta me coz I've never see it coming, ever!  The collaboration tour of NKOTB & Backstreet Boys. Which now called, NKOTBSB. At least all these fabulous news from across the pond keeps my fangirl self happy, still waiting for things to be more enjoyable again with my fandom from JE

PS.
And before you all said anything, told u that five is the perfect number for a boyband/group. And thats how I want to see KAT-TUN stay. Always. Cheers!

dust to dust.
Its still happening, I can only pray to God that He keeps my family, friends and fellow church members of the Orthodox Church in Yogya safe & healthy in this uncertain times.

*warning* some pics are not for the weak stomach.

On the day it first erupted I'm sure people who are active in twitter noticed the #prayforindonesia on their timeline or twitter trending. Even international artist like Tom Cruise, Ricky Martin, Kim Kardashian, Joe & Nick Jonas, Bieber, even Koike Teppei expressed their sadness for Indonesia who was/is experiencing this rage mother nature spell on us. Flood. Earth quake follow by tsunami. Volcano eruption. It all happened in parts of Indonesia in 2 short days, all at once. A sympathy. A knowledge that we are all just a mere human, stripped off our differences, race,  RELIGION, background. We all should feel or at least realized even for ourselves that this a tragedy. So I dont understand some of the people who hold grudges based on all those things, specially religion. But I guess to each is its own. If anything all these years a person teaches me, a tragedy no matter how small or big, no matter in what kind it appears, it could happen to anyone, even ourselves. So be grateful if today you're safe, healthy, have a place to lay your head to sleep & eat to your heart content. Be grateful... always. The brand new long awaited new single is finally official. Who ordered all 3 copies of it??? *I know some of you did so don't lie hehehehe*
The title is very appropriate I think... specially to those who still stuck at the old times, there's a very clear message for you from the guys, Change Your World!

Anyways, wanna share these 3 wallpapers of KAT-TUN that I made recently. When it was done I thought it wasn't bad, but now that my poor poor eyes has taken some rest, I'm not so sure LOL But I'll be silly to delete them, no? So... enjoy!

Only 1280 x 800 size I'm afraid, coz that's what I use for my own computer.
If anyone has different size wish please let me know, so I'll be sure to make it too next time :)

Tell me what you think of the wallies and enjoy!

My birthday today!
And if we're going by my official age then I'm feeling like this gif.

Its only an hour after midnight, and yet a few wishes already sent to me via text messages, twitter, plurk & FB.
And for that alone, I feel truly blessed, because although I'm single, I'm not alone nor lonely.
Thankyou!!!

naricina  for the virtual LJ gift. I LOVE THEM ALL!!!

I love the PV. Somehow I knew I'm gonna love it this time when I saw the preview. I guess after I fall in love with To Be Free PV its not that surprising that I'm gonna love this one too :)  Although Love Raibow reminds of One Love & Beautiful Days PV. Must be the CG ;P Gotta say that I'm jealous of Riida. The way Matsujun treated him (see first cap) is like... *sigh*  LOL

The updated & official members of KAT-TUN.
Now we all can stop the drama & look forward for more greatness from the group!

Ganbate with the rest of the concert dates ARASHI ♡♡♡♡♡
Collapse